PU sealant are among the most widely used technology for both new and renovation construction projects. Available in single and multi-component formulations, polyurethane sealants are mainly used in horizontal joints or non-sagging, vertical applications. In particular, these include:

Polyurethane sealants with Shore A hardness of 45 and above are referred to as adhesive sealants. They have high surface adhesion and low flexibility. Especially in automotive industry used in the manufacture of vehicles, in the repair of auto glass, in the sealing of metal structures such as containers and trucks, in the manufacture and installation of air conditioning in HVAC systems, in order to reduce vibration and provide sealing in metal sheet joints.

A. Self levelling PU sealant 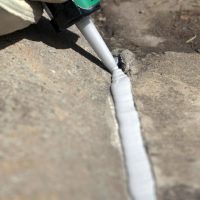 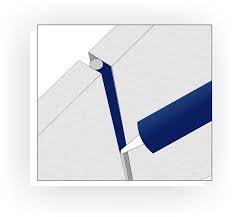 When you use sealant, you effectively form a seal, which prevents the movement of fluids and liquids. Sealant is sometimes compared to caulking. The main difference between building caulking and sealing is the flexibility of the seal. Sealants tend to be made from much more flexible materials. This makes them useful for areas and joints where a degree of contraction or expansion may occur. They are not the same as adhesives, but it is possible to utilise sealants that have adhesive properties. Although these sealants have similarities, there are some significant differences.

One of the principal differences between silicone and polyurethane sealants is the chemical composition. Silicone is an inorganic substance, while polyurethane is organic. The primary difference between organic and inorganic substances is the presence of carbon. Organic compounds contain a carbon atom. In most cases, a hydrogen atom is also present. With an inorganic substance, it’s uncommon for either atom to be present. Polyurethane is a polymer, which comprises of a series of organic atoms connected by carbamate. Silicone is a unique material because it contains both inorganic and organic compounds. These synthetic polymers comprise silicon and oxygen atoms, which are joined using C-Si bonds. The makeup of the chain exposes the organic elements of the structure to external influences.

This is why silicone makes such a versatile sealant. Silicone is commonly used in construction and the development of paint and food products. The chemical makeup of both silicone and polyurethane sealant are important. This is because the composition affects the breakdown of the materials. When organic and inorganic substances are exposed to UV light from the sun, the way they react differs. Inorganic materials are less responsive to UV rays than organic chemicals. In the long-term, polyurethane, an organic material, will revert back to its natural state in response to UV exposure. This affects both the lifespan and versatility of polyurethane sealant.

Organic chemicals change in response to UV exposure. While inorganic substances are much more stable. The main base polymer used in silicone sealant is a stable compound known as poly-dimethylsiloxane. When silicone is exposed to UV light, the presence of inorganic compounds will prevent deterioration and disintegration. The silica-oxygen (Si-O) bond found in silicone sealants is much more resistant to UV rays than the C-O bond present in polyurethane sealant. The outcome is that silicone sealants are inherently stable and more robust in terms of weatherproofing. It is possible to make polyurethane sealants more UV stable by adding chemicals that are designed to absorb UV light or increase UV resistance.

Lifespan of Silicone and Polyurethane Sealant

As you may have inferred from reading about the chemical composition and changeability of inorganic and organic compounds; silicone sealants last longer than polyurethane sealants.

Typically, a polyurethane sealant will produce effects that last between 5 and 10 years. While a silicone joint could last more than 20 years. The difference comes down to the fact that silicone sealants won’t break down as a result of UV exposure. Another consideration to factor in is temperature.  Just as UV exposure can alter organic chemicals, changes in temperature can also affect the performance of sealants. If you have a joint, which is subjected to changes in temperature, this can result in contraction or expansion. In this case, silicone sealants are almost always the best choice, as they are more flexible.

Cost is a factor when it comes to choosing which type of sealant to use. There are two main issues to consider when you’re weighing up the options of silicone and polyurethane sealants. Firstly, the cost of the material. Silicone is significantly more expensive than polyurethane. The initial outlay may be double if you opt for silicone. The second factor to think about is labour costs. If you plan to do the work yourself, choosing polyurethane may seem like an economical choice. However, keep in mind how much time you’ll have to devote to the cause over the coming years. If you’re going to pay somebody to do the work for you, consider:

In the long-term, silicone may represent better value for money even though the initial cost could be significantly higher.

Moving from one sealant to another

Which type of sealant is best for which job?

Generally speaking, silicone sealants are more versatile and flexible than polyurethane sealants and they work better in most environments. The inorganic composition means that silicone is resistant to UV rays, making it a better option than polyurethane sealant, which will eventually revert back to its natural form. Silicone is compatible with many different materials, including glass, metal and tile, but it doesn’t bond well to wood. Polyurethane is often a better option for wood, as it dries hard. This drying process means that it is possible to seal wood, but it does make the job more difficult. As the sealant hardens, it’s much more difficult to apply. Sealants are used widely in many industries. Article Name
PU Sealant uses, How To Use Polyurethane sealants
Description
Where is PU sealant used and why. Advantages of PU sealant How to use these sealants effectively
Author
Bibhas Agarwal
Publisher Name
Anagha engineers
Publisher Logo